The Gateway to the Future

The Gateway – Innovation and Discovery Center is a combination digital library, technology hub, and community center located in an area of Tuscaloosa, Alabama destroyed in 2011 by a deathly F5 tornado that killed 53 people in the city. The Gateway is symbolic of how bold leadership and total community commitment can transform the worst situation into a new beginning.

The Gateway has a welcoming, casual, comfortable environment causing visitors to come back, bring friends, and schedule meetings. A wide variety of groups, organizations, and companies use the Gateway spaces and technologies on a regular basis and the demand is growing. On a weekly basis the Gateway has individuals using the WI-FI and laptops for job searches, college research, and new business planning. The Gateway staff provides assistance to these individuals with Wi-Fi access and technical questions. Connecting to the Internet and being able to check out a device is critically important to many people coming on a regular basis. 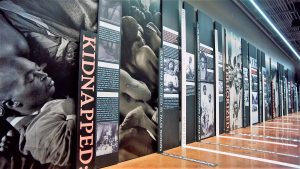 The Legacy Museum: From Enslavement to Mass Incarceration opened to the public on April 26, 2018, in Montgomery, Alabama. The 11,000-square-foot museum is built on the site of a former warehouse where enslaved black people were imprisoned, and is located midway between an historic slave market and the main river dock and train station where tens of thousands of enslaved people were trafficked during the height of the domestic slave trade. Montgomery’s proximity to the fertile Black Belt region, where slave-owners amassed large enslaved populations to work the rich soil, elevated Montgomery’s prominence in domestic trafficking, and by 1860, Montgomery was the capital of the domestic slave trade in Alabama, one of the two largest slave-owning states in America.

The Legacy Museum employs unique technology to dramatize the enslavement of African Americans, the evolution of racial terror lynchings, legalized racial segregation and racial hierarchy in America. Relying on rarely seen first-person accounts of the domestic slave trade, EJI’s critically acclaimed research materials, videography, exhibits on lynching and recently composed content on segregation, this museum explores the history of racial inequality and its relationship to a range of contemporary issues from mass incarceration to police violence.

Visitors encounter a powerful sense of place when they enter the museum and confront slave pen replicas, where you can see, hear, and get close to what it was like to be imprisoned awaiting sale at the nearby auction block. First-person accounts from enslaved people narrate the sights and sounds of the domestic slave trade. Extensive research and videography help visitors understand the racial terrorism of lynching, and the humiliation of the Jim Crow South. Compelling visuals and data-rich exhibits give visitors the opportunity to investigate America’s history of racial injustice and its legacy, drawing dynamic connections across generations of Americans impacted by the narrative of racial difference.

An unparalleled resource for researchers, the museum houses the nation’s most comprehensive collection of data on lynching. It also presents previously unseen archival information about the domestic slave trade brought to life through new technology. 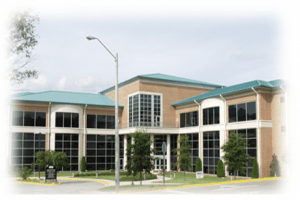 The mission of the Division of Business and Information Technologies housed in the Dr. Perry W. Ward Building reflects the application of Lawson State’s overall mission to the field of Business and Technology. To accomplish this mission, the Division offers programs to provide students with specialized training and skills that will enable them to become employable and competent in their discipline, allow them to matriculate successfully in a four-year college or university setting, prepare them to function as intelligent citizens and consumers in a business-oriented society, and meet the special needs of the community. In addition, the Division created a Small Business Development Center offering entrepreneurs services to help them grow a stable platform leading to business expansion; assistance with online courses using Blackboard and registering them in the Southern Regional Electronic Course (SREC).    Various training is also offered to business and industry and the community, specializing in state or the art, highly marketable programs.

The CityWalk is a recreational trail planned to span the 5.9-mile path of the April 27, 2011 tornado that destroyed over 12% of the city and claimed 53 lives. The CityWalk, an urban pathway, for walking, biking, and hiking that winds through neighborhoods, pass retail businesses, and ends at a community park with a fountain. The pathway is lighted by special LED lights and has WI-FI access points providing free wireless service to each walker plus to homes and businesses near the path. The wireless network is supported by a robust fiber network connecting various city departments, K12 schools, and security cameras. 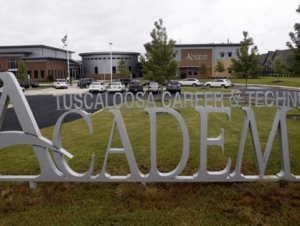 Tuscaloosa Career & Technology Academy (TCTA) is a specialized facility that provides college and career readiness with a focus on the development of workplace skills for local high school students. TCTA students choose a career pathway based on interest and assessments. As they progress through a program by taking related courses, participating in career tech student organizations, earning industry-recognized credentials and certifications, and gaining real-world experience, students develop invaluable skills to guide them to their chosen career paths. Students also participate in a Simulated Workplace environment. This initiative introduces students to various business processes to better prepare them for the realities of the workplace. Integrating authentic business practices gives students access to the necessary skills sets, certifications and academics needed to be successful citizens. 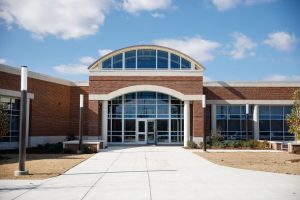 The EDGE is a 26,000 square foot facility centrally located in Tuscaloosa and is designed to support entrepreneurial collaboration and innovation in the West Alabama Region. It offers growing businesses a place to get work done and hosts regular workshops, forums, and informal gatherings for the greater entrepreneurial community.

The EDGE is a partnership with the University of Alabama, the West Alabama Chamber of Commerce and the City of Tuscaloosa. Resources from all three groups come together to help grow a vibrant ecosystem that supports entrepreneurship, business growth, and personal enterprise. The Alabama Entrepreneurship Institute is a campus-wide initiative powering the programs that are offered at The EDGE.